Start time: 12.00pm AEDT. Join a panel of distinguished professionals and champions of equality in an open discussion about diversity and inclusivity within senior engineering and leadership positions.

Driven by a panel of distinguished female professionals, this event aims to provide support for women in senior engineering and leadership positions, and retention of these women within the profession.

In a rapidly evolving workplace, retaining key talent is a major challenge.  As organisations strive for diversity of thought and experience, employers need to think differently about what it takes to create an environment that encourages contributions from women.

The motivations of women in the workplace needs to be front of mind in creating that environment, as is maintaining the conditions where inclusion is valued and encouraged.

In this presentation, ideas for retaining women in senior roles will be shared, as well as addressing some common biases and processes that can stop us achieving our personal and organisational goals.

This event aims to highlight diversity and inclusivity within industries like Defence, engineering and aerospace enterprises and shed light on the current struggles associated with mitigating gender bias to create effective workplaces for now and in the future. 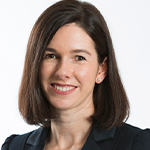 Amy joined Boeing Defence Australia in December 2018, as the Director, Structures and Build Capability. She then moved into the position of Director of Wedgetail and most recently to Director –Sustainment Operations. Prior to this appointment, Amy was the Head of Business Operations for Raytheon Australia where was responsible for the successful delivery of all programs across the company’s portfolio, as well as business intelligence and reporting.

Amy started her professional career as an Aeronautical Engineering Officer in the Royal Australian Air Force (RAAF). During her tenure, she served in a number of operational roles, before running both Acquisition and Sustainment programs for the Defence Materiel Organisation.

Post-separation from the Australian Defence Force, Amy ran a consulting business, offering project and risk management services to clients across the defence and mining Industries.

Amy is a graduate of the Australian Defence Force Academy and holds a Bachelor of Engineering (Aeronautical) and a Masters Degree in Project Management. She is also a Certified Practicing Project Manager and a member of Engineers Australia.

Squadron Leader Free spent her formative years in Brisbane where she completed a Bachelor of Business (International Business) with QUT before joining the Royal Australian Air Force as a direct entry Logistics Officer.

Since joining in 2003, Melanie has been posted to numerous Air Force and ADF bases around the country including RAAF bases’ Darwin, Pearce, East Sale, Amberley, and Larrakeyah Barracks. She has seen a broad cross-section of the Air Force with the majority of her time in Operational roles. Her RAAF Career has included postings to TASPO, 79 Squadron, Health Services Wing, 1AOSS (Air Movements), DCO, Headquarters Northern Command, HALSPO, and 13 SQN.

Melanie served as the Staff Officer to COMNORCOM for a period in 2009. She deployed on Operation Resolute twice as the Logistics Planner and Operation Slipper as the OIC Air Terminal Services in 2012.

Completing her Master of Business with UNSW in 2017, Melanie was posted as the Executive Officer of No 13 Airbase Operations Squadron two years later where she assumed the Air Base Executive Officer (ABXO) role for RAAF Base Darwin. 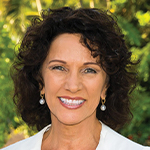 Linda’s role is currently Director Defence and Veterans’ Engagement in the NT Government.

A Fellow of the Australian Institute of Company Directors, Linda is also the NT representative on the Business and Professional Women Australia Board and a Fellow of the Institute of Managers and Leaders.  She is driven by the desire to improve employment opportunities for women, particularly those in multicultural communities.

In June 2017, Linda was honoured to be admitted as a Member (AM) in the General Division of the Order of Australia for significant service to women.

During her career she has been a political adviser to a former Chief Minister of the Northern Territory, a Deputy Chief Minister and four other Cabinet Ministers.