Skip to main content
Back to Home
Engineers Australia will be closed from 27 December 2021–7 January 2022. Membership fee direct debits will occur in the week of 10 January.

Start time: 1.00pm AEDT. Join our experts as they share their insights and discuss the engineering innovation required for the Forrestfield-Airport Link.

The $1.86 billion Forrestfield-Airport Link is jointly funded by the Australian and Western Australian governments and will deliver a new rail service to the eastern suburbs of Perth – with three new stations at Redcliffe, Airport Central and High Wycombe.

The rail link, to be rebadged the Airport Line when it becomes operational, forms part of the METRONET vision to create liveable communities connected by world class public transport.

In April 2016 the Public Transport Authority awarded the design, construct and maintenance contract to Webuild (former Salini Impregilo) – NRW Joint Venture.
The first trains will operate on the new airport line in the first half of 2022.

Hear from our industry experts who provide an overview of the project, sharing insights and discussing the engineering innovation required, including the excavation of the twin bored tunnels, the construction of three new stations, dive structure and emergency shafts. 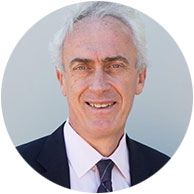 Richard Graham graduated in Civil Engineering from Heriot-Watt University in Edinburgh, UK. He has over 40 years’ experience of working in heavy international construction, primarily in the hydropower, tunneling and metro sectors.

Currently he is the Project Director for the Salini Impregilo - NRW JV undertaking the 2 x 8km long Forrestfield Airport Link in Perth, Australia.
Immediately prior to this he was responsible for the Design & Construction of the 42 km long Orange Metro Line in Riyadh, Saudi Arabia, the Red Line North Metro in Doha, Qatar, and the 25km long STEP deep sewer tunnel in Abu Dhabi. 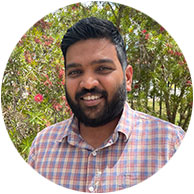 Vivek Ambat graduated in Electrical Engineering from the University of New South Wales and has over 10 years of experience working predominately in the transport and water sectors. In his roles to date, he has had the opportunity to work with both consultants and contractors on major infrastructure projects.
He is currently working as the Lead Electrical Engineer for the Webuild (Salini Impregilo) - NRW JV on the Forrestfield-Airport Link in Perth, Australia.
Vivek started his career in Sydney where he has worked with Aurecon and Novo Rail Alliance on the South-West Rail Link Project as a Design Engineer. In 2012 he moved to Perth to work with Jacobs as a design consultant on Water Corporation and Butler Extension projects.

In his current role, he has been responsible for the delivery of various sub-systems that form part of the Forrestfield-Airport Link, including being the Supplier’s Responsible Engineer for traction power, HV/LV voltage, communication systems and SCADA systems on the project. 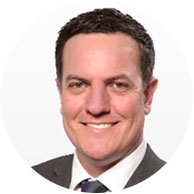 Julian is a Director in KPMG’s Infrastructure, Assets & Places division as a leader for Transport Asset Management along with serving on the KPMG Global InfraTech and Innovation Board. Julian is passionate about giving back to the industry through roles with the Asset Management Council, the Society of Systems Engineering, the Smart Cities Council and the Australasian BIM Advisory Board.

Please note: This event is available as a webinar only. Register to access webinar details.